Misunderstanding 2: Dry-burning in an electric pot 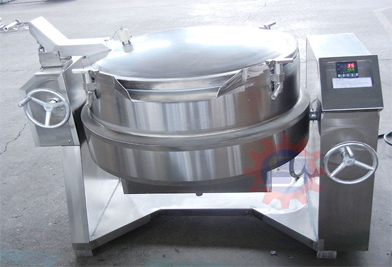 Misunderstanding 3: The electric pot can only be steamed or boiled

Misunderstanding 4: Brush the boiling pot immediately after use

The electric boiling pot is heated by a bottom heating plate to cook food. The heating plate is made of aluminum. The pot body is made of stainless steel or cast iron. The aluminum heating plate is welded to the pot body by high-temperature brazing technology. When the electric boiling pot is at a high temperature, pouring cold water into the pan will quickly cool the pan, and there will be a possibility of falling off the bottom. The correct way is to wait for the pot to slowly cool naturally after use, and then clean it after the temperature drops.

Many families have bought electric heating pots, but they rarely use them. The main reason is that they are worried about using too much electricity. In fact, this is a misunderstanding. Different calibers of electric boiling pot have different powers.

Previous: How To Use A Fryer
Next: How Do You Use a Meat Cutter?
Navigation
Products
Contact Us
Request A Quote