Different foods are pasteurized for different purposes. For certain foods, especially milk, whole eggs, egg whites, and egg yolks, pasteurization is mainly to destroy possible pathogenic bacteria, such as Mycobacterium tuberculosis and Salmonella. In addition, most foods, such as beer, fruit wine (wine), and fruit juice, are pasteurized for the purpose of extending the shelf life of products from the perspective of microorganisms and enzymes.

Generally, pasteurized food still contains many microorganisms that can grow, usually thousands of live bacteria per milliliter or per gram, which is shorter than the storage period of commercially sterilized products. Pasteurization technology is used in liquid foods (juice, milk), acidic foods and canned jams, etc., but also penetrates into other areas. For example, steam treatment when processing shell oysters will reduce the bacterial count of oysters. Its advantage is to process food at a lower temperature and within a short period of time, so as to maximize the color, aroma, taste and nutrients of the food from damage caused by high temperature and long-term processing.

It is mainly a kind of sterilization method of milk, which can kill pathogenic bacteria harmful to health and make the milk quality change as little as possible. That is, based on the difference principle between the heat-killing curve of tuberculosis bacteria, which is extremely resistant to high temperature, and the heat-destructive curve of cream separation, which is most easily affected by heat, in milk, it is a kind of heating treatment at low temperature for a long time or high temperature for a short time method. Among them, the method of heating for 30 minutes below 60°C has long been widely adopted in the world as a standard for low-temperature sterilization. The use of high-temperature treatment has some influence on milk quality, but it can enhance the sterilization effect. This method is called high-temperature sterilization (sterilization), that is, heating above 95°C for 20 minutes. In addition to milk, pasteurization can also be applied to fermented products.

Usually, milk in bags sold on the market is produced by pasteurization. Fresh milk is collected from the factory, processed at low temperature, and then sterilized by pasteurization. Milk in bags produced in this way can usually be stored for a longer period of time. Of course, the specific treatment process and technology are much more complicated, but the general principle is that.

It should be pointed out that drinking fresh milk (referring to milk that has just been squeezed out) is not safe because it may contain harmful bacteria to our bodies. Another point is that pasteurization is not a panacea. The milk that has been pasteurized must still be stored at a lower temperature (generally <4°C), otherwise there is still the possibility of deterioration. Therefore, many methods of selling milk in bags on the market are very irregular. 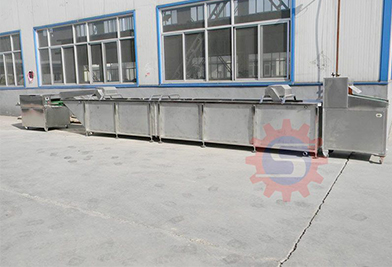 Pasteurized milk is the most consumed milk variety in the world. The consumption of pasteurized milk in the United Kingdom, Australia, the United States, Canada, and other countries accounts for more than 80% of liquid milk. The varieties are fully skimmed, semi-skimmed, or full-fat. In the US market, almost all pasteurized milk is actually in large packages (1 liter, 2 liters, 1 gallon), and citizens can buy enough fresh milk for a week when they go to the supermarket. Sterilized pure milk is rarely sold in the market, and some small towns cannot buy it at all.

Pasteurized pure fresh milk better preserves the nutrition and natural flavor of milk, and is the best among all milk varieties. In fact, as long as the pasteurized milk is stored at a temperature of about 4°C, the reproduction of bacteria is very slow, and the nutrition and flavor of the milk can remain unchanged within a few days.

Sterilize Machine solves the problem of sour beer. At that time, the French wine industry was facing a headache, that is, the wine would become sour after being brewed, and it would not be drinkable at all. And this kind of sour phenomenon often occurs. Pasteur was invited to study this issue. After a long period of observation, he discovered that the culprit that made wine sour was Lactobacillus. Nutritious wine is simply a paradise for the growth of lactobacilli. A simple method of boiling can kill Lactobacillus, but in this way, the wine is also boiled. Pasteur tried to use different temperatures to kill Lactobacillus without destroying the wine itself. Finally, Pasteur’s research results are: heating wine at 63.5°C for half an hour can kill Lactobacillus in wine without boiling. This method saved the French wine industry.

Previous: Overview of Steam Jacket Kettle
Next: What Is Pasteurization?
Navigation
Products
Contact Us
Request A Quote